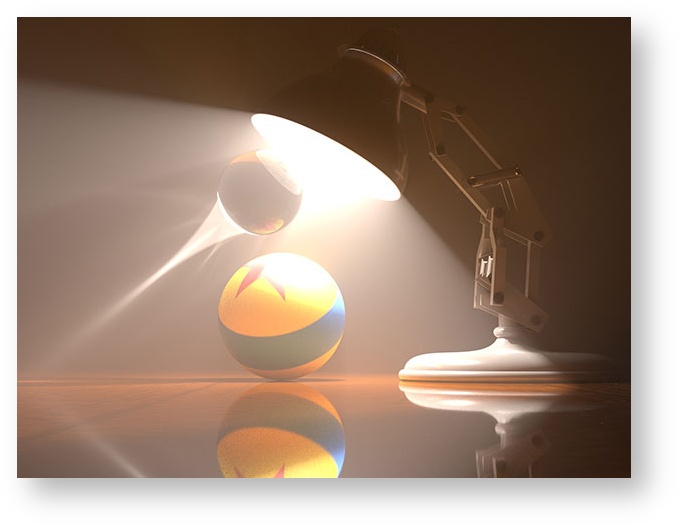 PxrUPBP is intentionally not exposed by default. It is included with RenderMan, but you must enable it manually if you want to test it.

This is an experimental final-quality integrator in RenderMan. Like PxrVCM it combines bidirectional path tracing with progressive photon mapping (also known as vertex merging). In addition, it stores photon points and beams in volumes. Each of these techniques brings the ability to capture a certain range of light transport paths more efficiently than a pure forward path tracing algorithm. For surfaces, PxrUPBP computes the same results as the PxrVCM Integrator, but PxrUPBP computes better (less noisy) direct and indirect illumination in volumes -- for example crepuscular rays ("God Rays"), volume caustics, and soft indirect illumination. You may notice the controls are nearly identical to the PxrVCM Integrator.

These sampling techniques are combined along with direct lighting (connecting an eye vertex directly to a light source) using multiple importance sampling such that the combined algorithm is substantially more robust and converges faster across a wide range of shots than simply using any one technique by itself.

The PxrUPBP integrator in its default mode of operation enables all of these techniques, but should the need present itself, can also operate as a pure bidirectional path tracer, a pure unidirectional path tracer, or even use pure progressive photon mapping by disabling merging and/or connecting via the mergePaths and connectPaths parameters, and reducing beamsPathsRatio to 0.0%.

There is an important difference to note between this integrator and PxrVCM:

There are several important differences to note between this integrator and PxrPathTracer:

On top of regular LPE-based AOVs, this integrator outputs a number of standard AOVs typically used by compositors.