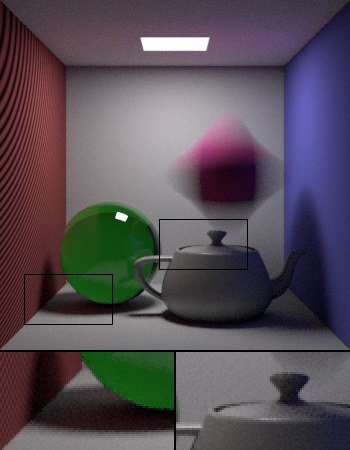 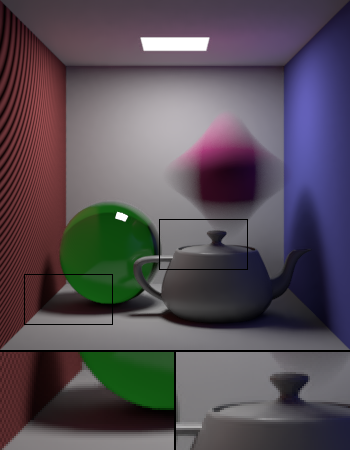 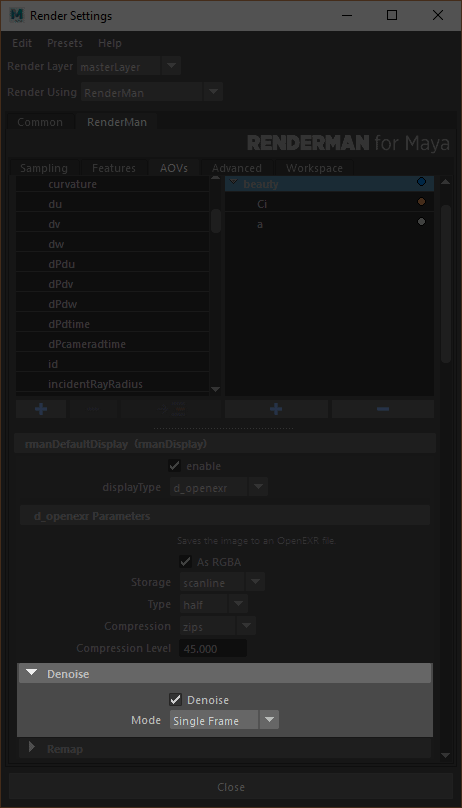 Using the denoising tool from RfM is fairly straightforward. The AOVs tab under Render Settings now contains a drop-down for each display driver from which you can select Frame or Cross-frame filtering. Choose Frame and RfM will automatically apply the settings needed to produce a denoisable image. This will execute the tool as a post-process and removes noise through statistical filtering on specially configured EXR images. 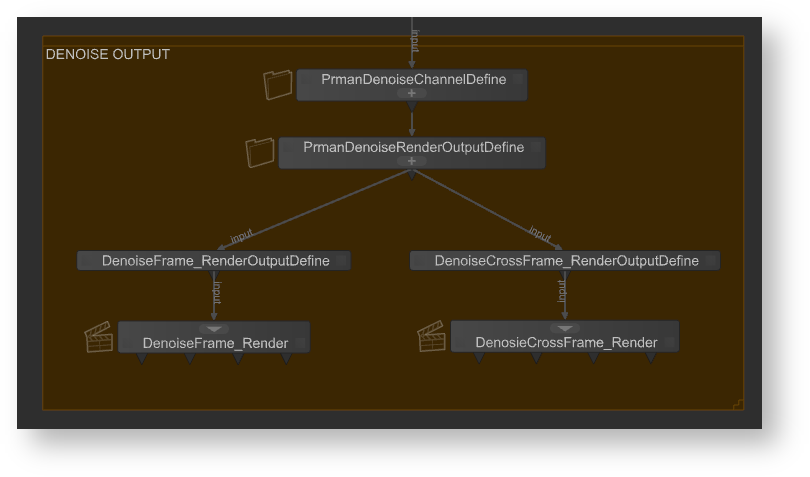 The denoise utility expects a multichannel OpenEXR with the exact channel names given here by default, you can specify your own using the explanation in the next section. Channel names may be [Ci.r Ci.g Ci.b Ci.a] or [R G B A] as specified in the EXR. Light Path Expressions are used to separate the diffuse and specular components and to retrieve the unlit albedo colors for the materials. The statistics parameters are used to request that RenderMan produce images that estimate the variance or the error in the linked image. The forward and backward channels are not strictly necessary here, but become useful when filtering image sequences with motion blur.

In the most recent versions of RenderMan, you can now specify channel names to fit your pipeline. Found in a block inside default.config.json, you can format these changes based on the below example:

Each group within the new section gives a series of regexp search-and-replacements that are applied to images with filenames matching the regexp. These replacements are applied in the order given, more and multiple substitutions can be applied. This channel renaming takes place on image load before any other processing is done. This means that it can affect matching
channels to layergroups, or make an image conform to the expected channel name conventions for a "variance" file. It also affects the name of the channels in the filtered output.

This means output from a compositing program that may have different channel names can still be recognized by the denoiser and filtered correctly.