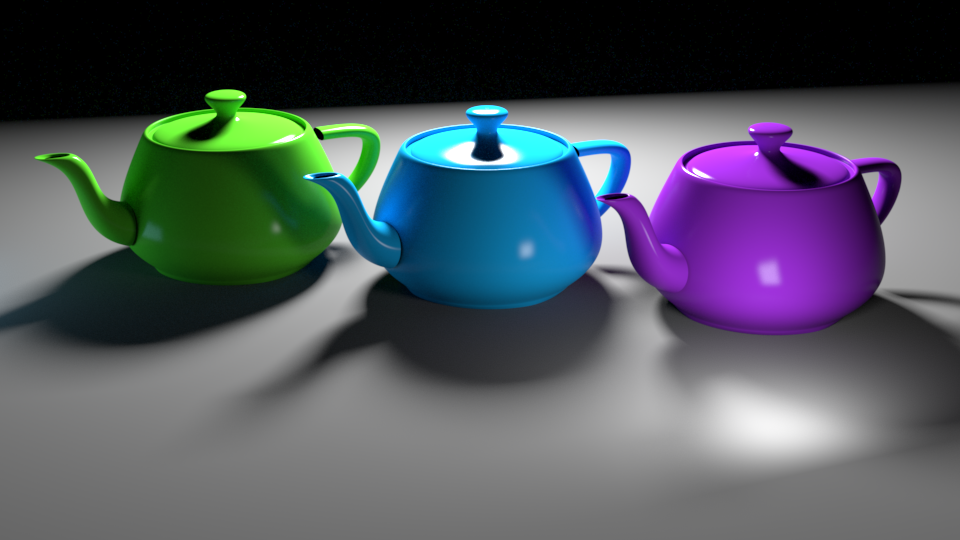 RenderMan for Katana supports three approaches to instancing: leaf-level instancing, hierarchical instancing, and instance arrays.  The first approach, leaf-level, lets you instance matching pieces of geometry via an attribute.  The second and third are very deliberate approaches where you set up an object prototype and then explicitly instance it. The teapots_instancingExample.katana file includes an example of how to render the above image using these methods.

You may find that your scene is taking a lot of memory, and you think that because your scene has lots of repeated geometry, that you may be able to take advantage of instancing.  The leaf-level instancing approach can be used to efficiently turn already existing geometry locations into instances of each other via the instance.ID attribute.  RenderMan for Katana will make the first location it encounters with a certain instance.ID into the geometry prototype, and all subsequent locations will be instances.  All locations with matching instance.IDs must be identical, otherwise there could be undefined behavior depending on which location RenderMan for Katana encounters first. The screenshot below shows an example of how to set the instance.ID attribute via an AttributeSet node. 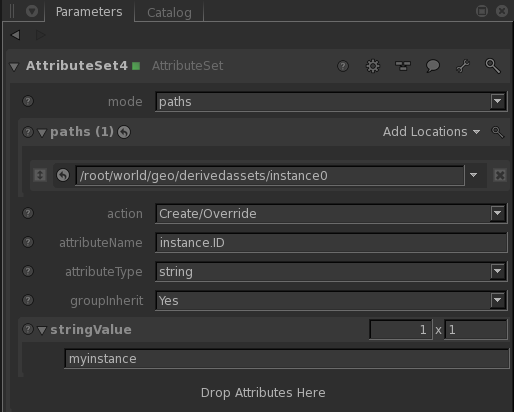 In this approach instance source/object prototypes are called out via their Scene Graph locations and are then referenced in to their instance locations.  This approach is good if you want to instance a hierarchy of locations. 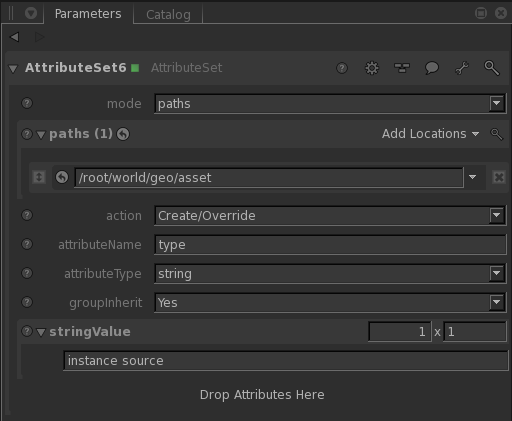 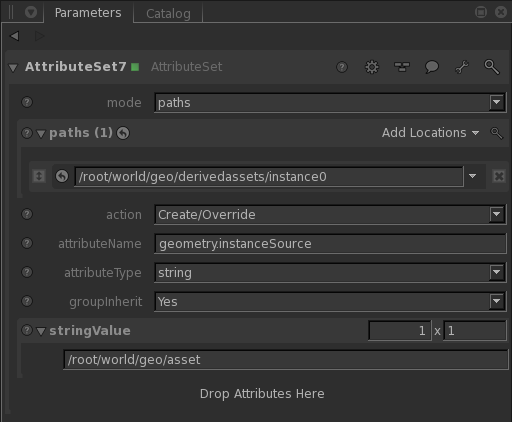 Shading overrides can be accomplished in multiple ways.  In the example file, a simple approach is taken where a completely new Bxdf is assigned to each instance.  Fancier ways to vary the shading on each instance are possible with RenderMan for Katana.  One such approach is to create a unique "user" attribute per instance.  Within the material assigned to the object prototype, you would create a PxrAttribute pattern that reads the user attribute, and then use the output to drive one of the parameters on the Bxdf.

While you can vary Bxdfs, transforms, light linking, and attributes per instance, there are some things that cannot be varied.   PrimVars and parameters under the "primvars" and "primAttributes" groups in PrmanObjectStatements cannot vary per instance.  Displacement also cannot vary across instances because it changes the representation of the geometry prototype in the renderer.  For a more in-depth discussion about instancing, please read the Instancing page in RenderMan documentation.  It provides some great background information as well as the full list of what can vary across instances.