Note that IPR clamps trace depth to 1 diffuse bounce and 2 specular bounces you can change this in the Advanced Controls, IPR menu

Interactive Preview Rendering can be started by clicking the IPR button in the RenderMan shelf.

The usual methods in Maya for starting IPR also work.  The only difference is that the button in the RenderMan shelf always switches to RenderMan before starting a render.

The IPR button offers a menu with some convenient options for starting up with a particular camera or resolution.

When IPR is running, it can be stopped from the popup menu of the shelf button.

There is also a cancel button in "It" that works to stop IPR.

The Render View has a button in the top right corner for stopping IPR.

In the threads section of the RenderMan Preferences, the Rendering Threads setting is used for both Preview and IPR renders.  The default value of -1 means that all but one CPU will be used for rendering.  It's advised to leave at least one thread to allow for interactivity in Maya while rendering is underway.  Zero threads means all processors will be used for rendering.  You can also choose a specific number.

In the RenderMan section of Maya's Preferences Window, you can choose whether IPR should use Image Tool (It) or Maya's Render View.

There is a separate display preference for preview rendering.  "It" is the default for both preview and IPR, because it offers better performance and more features, but you may prefer to use a docked Render View panel for IPR.

IPR and preview renders typically uses the camera from the active viewport panel.  The popup menu from the IPR button also allows selection of a particular camera.  The camera listed in the Render Settings window is used for batch rendering.

Select Object or Material from Render

Crop Rendering in It

To crop render in "It" during IPR, click on the crop button.

Draw a crop region in the "It" window.  Then hit the 'r' key to trigger an IPR update.  After hitting the 'r' key, pixels will only update inside the crop window. 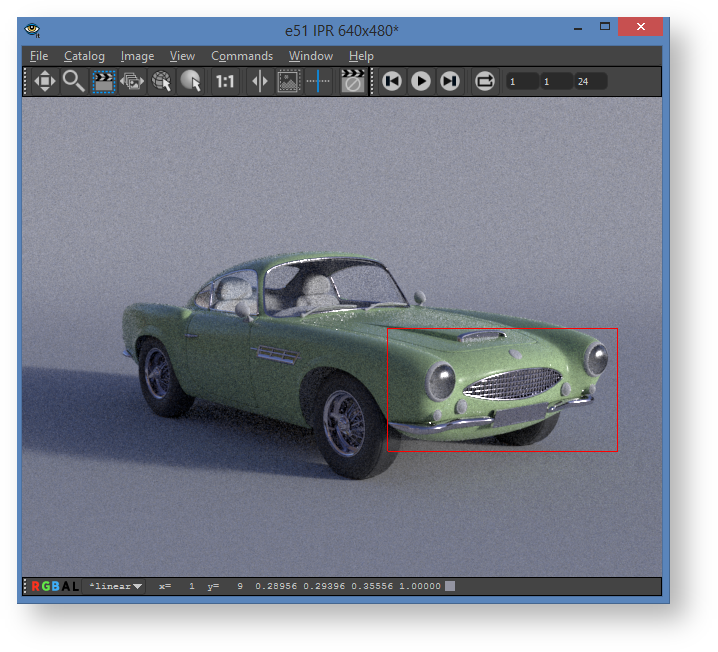 If you resize or remove the crop window, hit the 'r' key again to signal that IPR should start using the region. 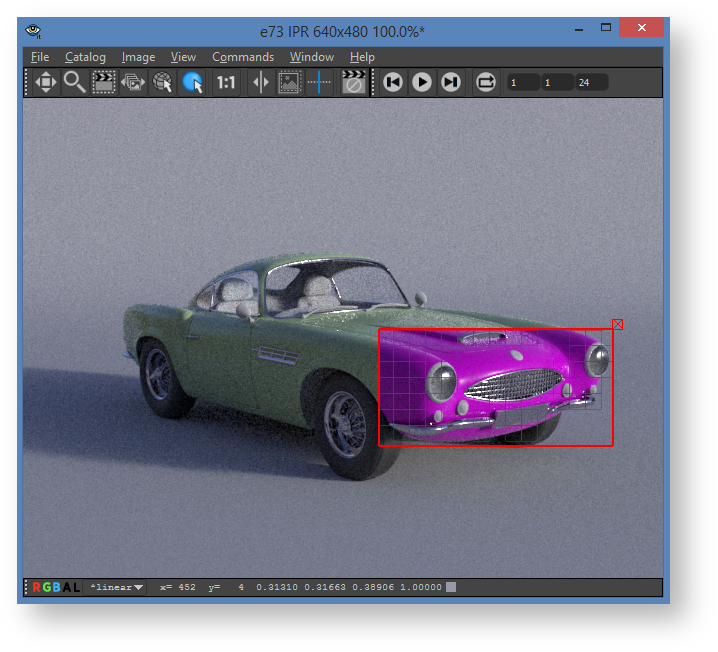 Interactive rendering (or "IPR", also called "re-rendering" or "live rendering") uses the progressive refinement mode of path-traced rendering to continually update a render as aspects of a scene are changed. It is, fundamentally, the same as rendering, but all manner of interactive, real-time edits are possible during an IPR session. Rendering of the image is restarted after each edit (returning to a noisy image again), but the renderer keeps the scene loaded and ready to render.

During an interactive rendering session in RenderMan, you can:

The major restriction is geometry. Geometry cannot be added, deleted, or moved during interactive renders, yet.