Welcome to RenderMan for Maya 22!

This new release of RenderMan for Maya 22 (RfM), includes a number of new features to address feedback as well as many improvements to RenderMan for Maya workflow and performance. Many parts of the plugin have been completely rewritten to improve integration into Maya and simplify workflow.

Please see the release notes below for all the new capabilities and known issues! You may also wish to visit the migration page for selected highlights.

Current support for Maya 2018 only extends to 2018.2, other versions may have errors as the API was changed.

Now you can render through all stages of your pipeline! From modeling to final renders, RenderMan is designed to give you immediate feedback from inside Maya. By skipping the export of a scene to RIB, artists can get an immediate look at their work in full ray traced mode and continue to interact and make changes without needing to restart the render.

Interactive grooming in Xgen is now supported. You can see your updates during IPR.

The Render Settings menu now contains most everything you need to create LPEs, change options for final renders, and more.

Render to the same window where you work! Move objects, make modeling changes, add and alter materials and lights, even import and update asserts without needing to stop the render. RenderMan becomes your viewport at all stages! 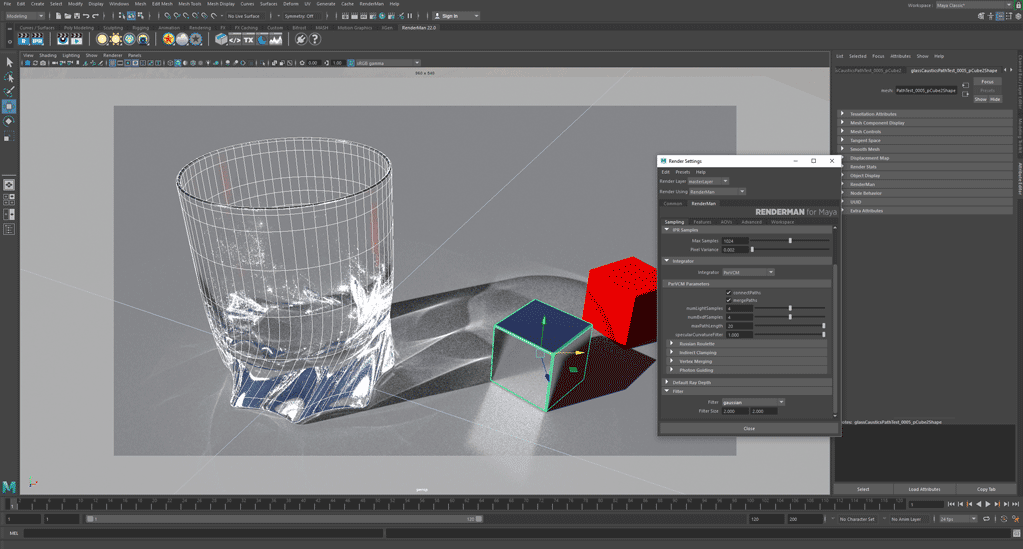 Better organization, smart exposure of options and attributes, and more-native workflows mark this overhaul of the RenderMan for Maya plugin. 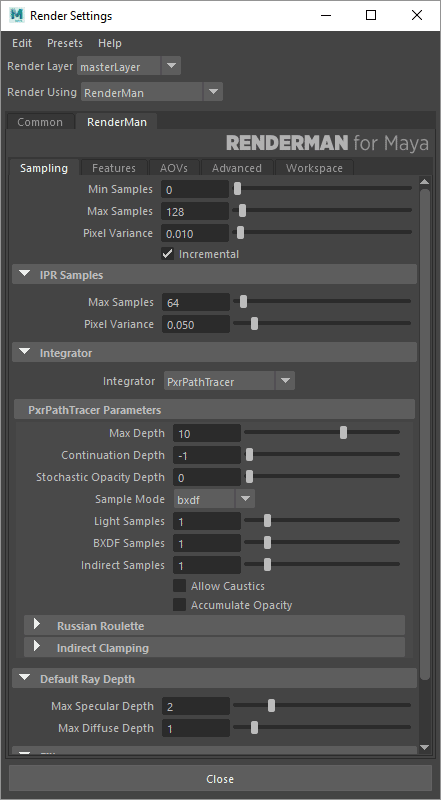 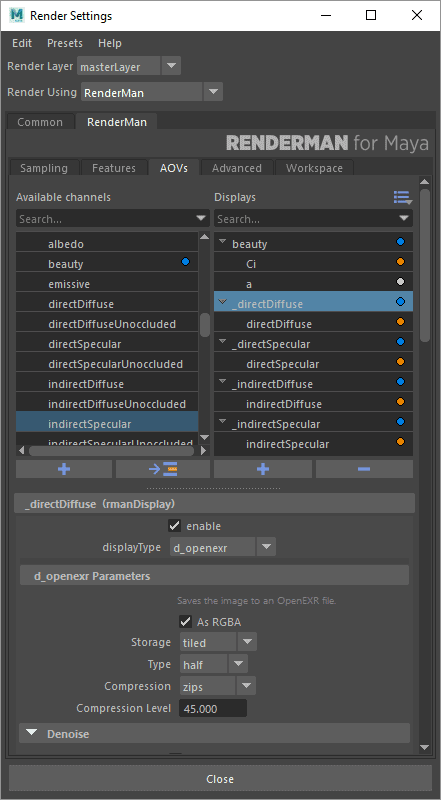 Old scenes may have issues with migration, areas of note are the PxrRamp, subdivision settings, and AOVs. The following python script can correct these or they can be run individually depending on your scene's needs or included features from RenderMan 21

Older Maya scenes that had PxrRamp nodes in it may break. To fix, you can run this python script in the script editor –

Older scenes with AOVs may fail to show in the new UI, the following script can solve this issue –