Trace sets are great for controlling what objects may reflect or shadow one another. It's a global control so it not only affects the final render but also output Light Path Expressions (LPE) will reflect the same results.

In Maya, the transform node controls attributes in RenderMan and this is where you will find the main trace set controls. However, you will also find them in the Lights (for casting shadows) and PxrSurface to separate subsurface effects. 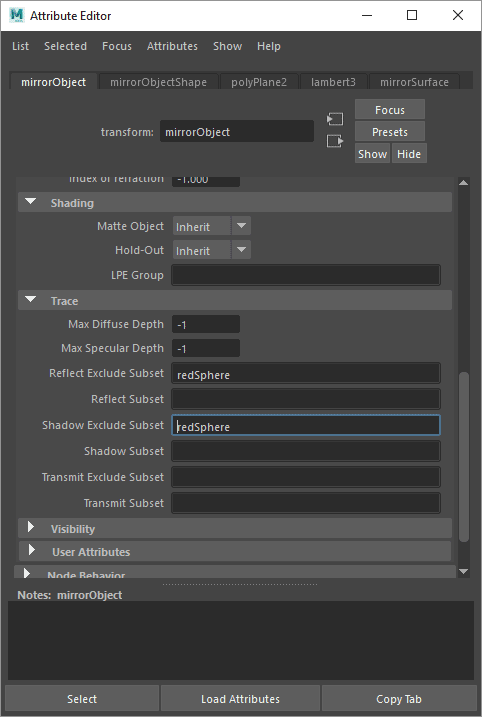 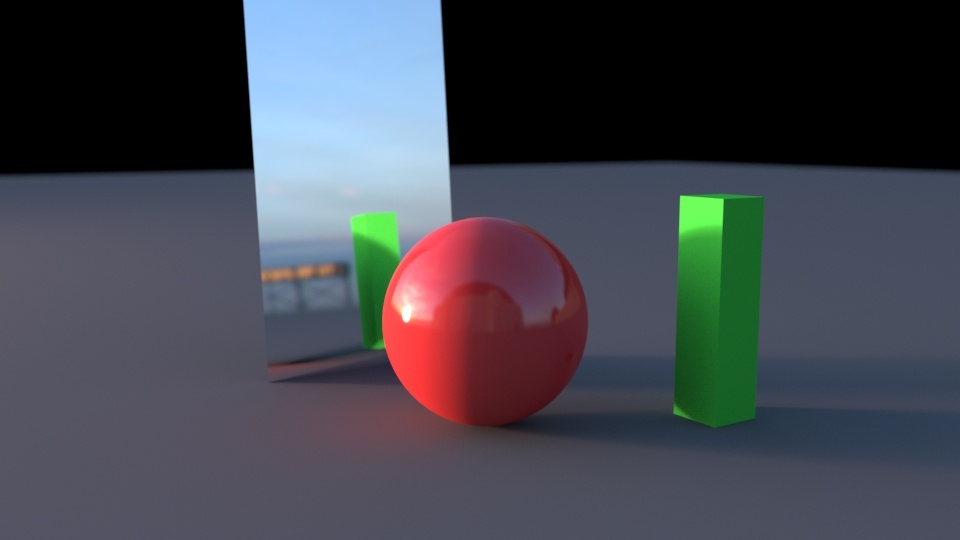 In the above quick example we've told the mirror not to reflect the redSphere or receive any blocking shadows from the sphere (to avoid a cutout against the Dome Light, this isn't necessary when against another object.)

How to Create a Trace Set

There are two easy ways to define a trace set in Maya.

You can set these sets to be included or excluded in the following places: