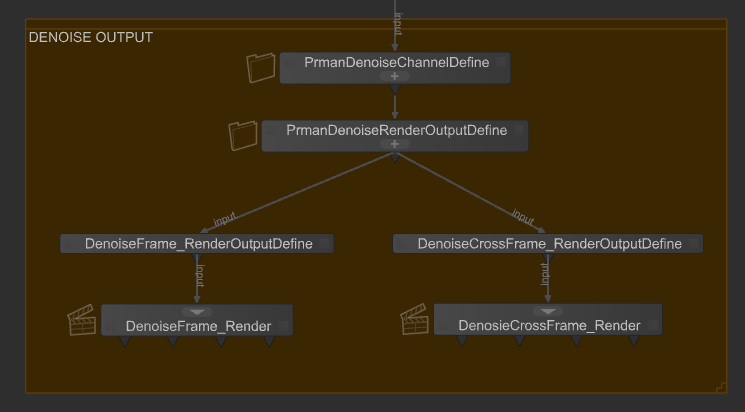 In some cases, you may wish to denoise individual passes/AOVs, such as the diffuse contribution for a particular light group. Rather than duplicate the geometry channels into the images for each pass, it is possible to write them out once per frame and then combine them with the individual pass images. In order for this to work some fairly strict naming requirements must be met:The master image that contains . The below names are required so that the denoise tool knows what the channel contains, it does not determine the contents by looking at them. This is why the naming convention must be followed:

For instance, in the example below, the number of files for diffuse_key and specular_key and their order are the same. The denoise denoiser sees two sets: diffuse and specular.

In Rfk, the setup is similar to the process for the beauty pass in addition to appending the AOVs in the renderSettings' scriptCommand. In this example, example, diffuse_key.#.exr is the diffuse AOV for the light group "key":