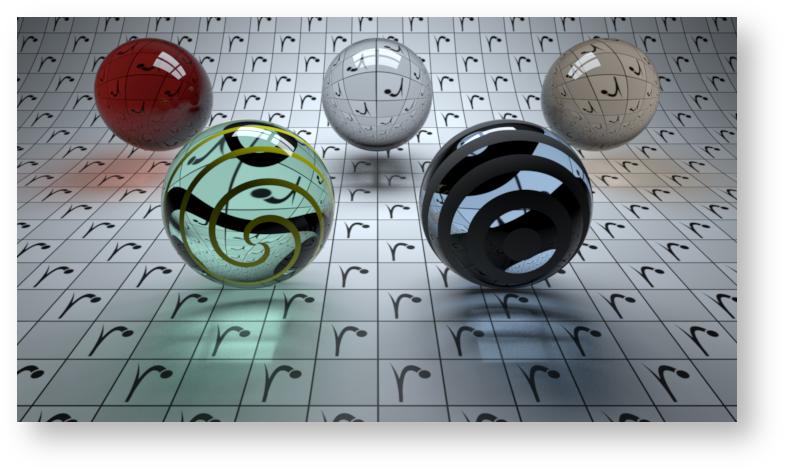 PxrPathTracer is a core final-quality integrator in RenderMan. It implements the forward path tracing algorithm, which excels in outdoor, highly specular scenes. The simplicity of the algorithm generally makes it easy to use and to implement. Shortcomings may include slow convergence speeds, especially for scenes with significant caustic illumination (see the clampLuminance and allowCaustics parameters, below, for more information).

For indirect illumination, PxrPathTracer, the sampleMode parameter controls the strategy for how indirect ray counts are apportioned between diffuse, glossy/specular, subsurface, and refraction/transmission Bxdf lobes.

When the sampleMode parameter is set to a value of "bxdf" (the default value), then the number of indirect illumination rays spawned at each camera hit point is controlled by the value of the numIndirectSamples parameter, and the implementation of the Bxdf at each camera hit point controls the probability of generating indirect rays that are sampled from the diffuse vs. glossy vs. specular lobes of the Bxdf (or, in other words, the Bxdf controls how many indirect diffuse vs. glossy vs. specular rays are spawned at each of the camera hit points).

On top of regular LPE-based AOVs, this integrator outputs a number of standard AOVs typically used by compositors.