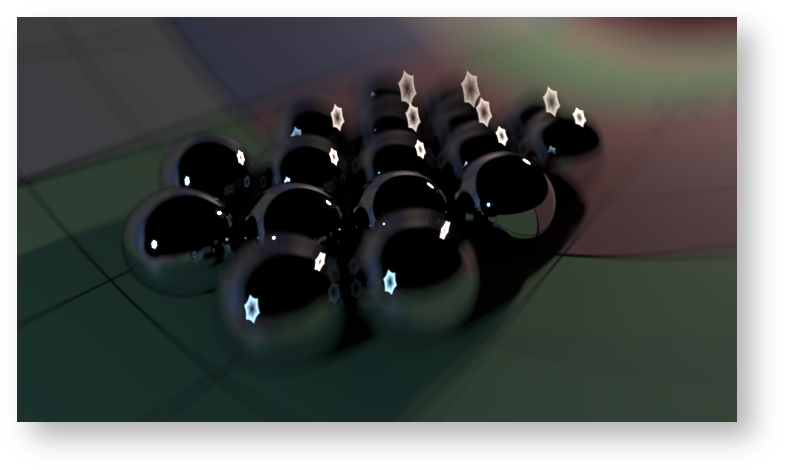 RenderMan provides full support for typical camera simulation, including the two standard projections that PRMan has always supported - perspective and orthographic - as well as features like motion blur  and camera effects like Depth of Field and Bokeh. Additionally, there is support for custom projection plugins, enabling the tracing of rays through arbitrary, potentially curved surfaces centered on the viewpoint. The distribution also includes built-in projections - sphere, torus, and cylinder - that are compatible with all modes of the raytrace hider.