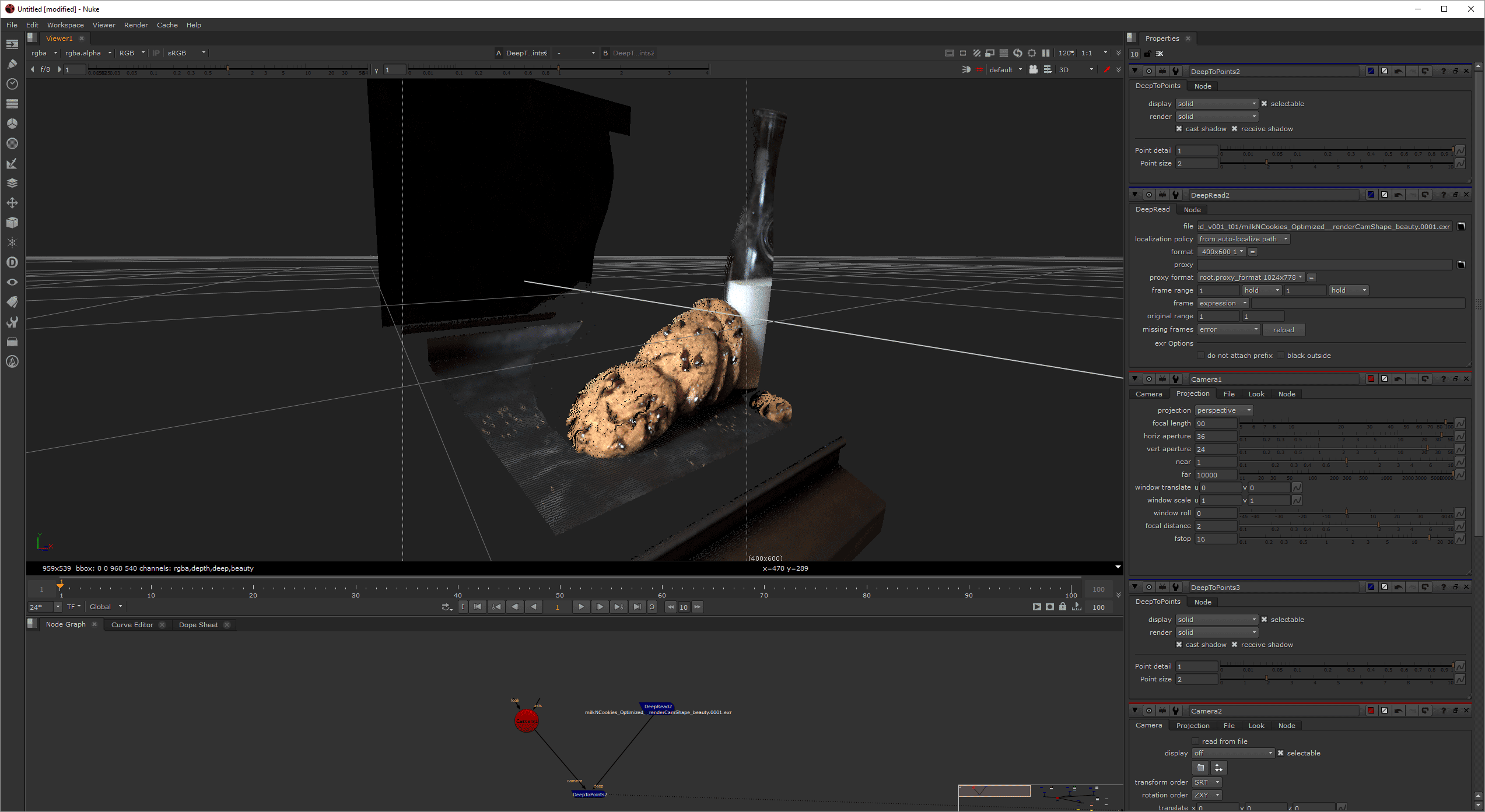 The Milk and Cookies Tutorial rendered to DeepEXR and converted to points in Nuke. 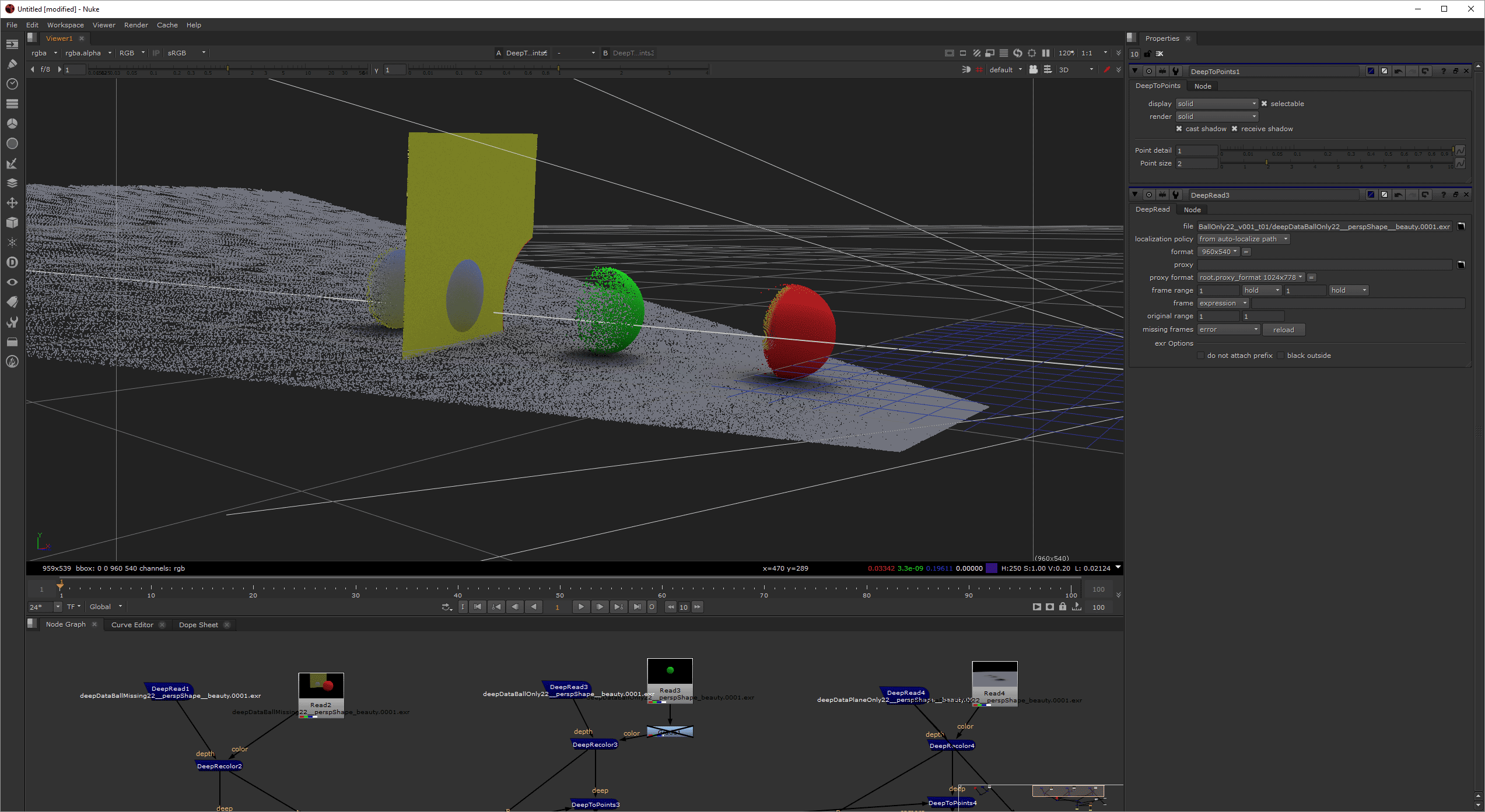 Deep data has many benefits. It allows artists to control complex layering in 3D space. You can re-project color information later should it change. You can apply better quality camera effects like depth of field and even composite objects into something like a fog field or other volumetric effect without re-rendering.

Note in the image directly above, opaque objects cut out the object behind them while transparent objects (objects with partial presence) can reveal what's behind them like the blue ball behind the yellow wall. (Since the wall was rendered at the same time, the blue ball color is baked into the wall.) Note that the green ball, despite being opaque, does not cut into the yellow wall, this is because it was rendered separately and then merged in Nuke along with the floor that has the shadows baked in.

Here's an example of an object changing color and being merged back. 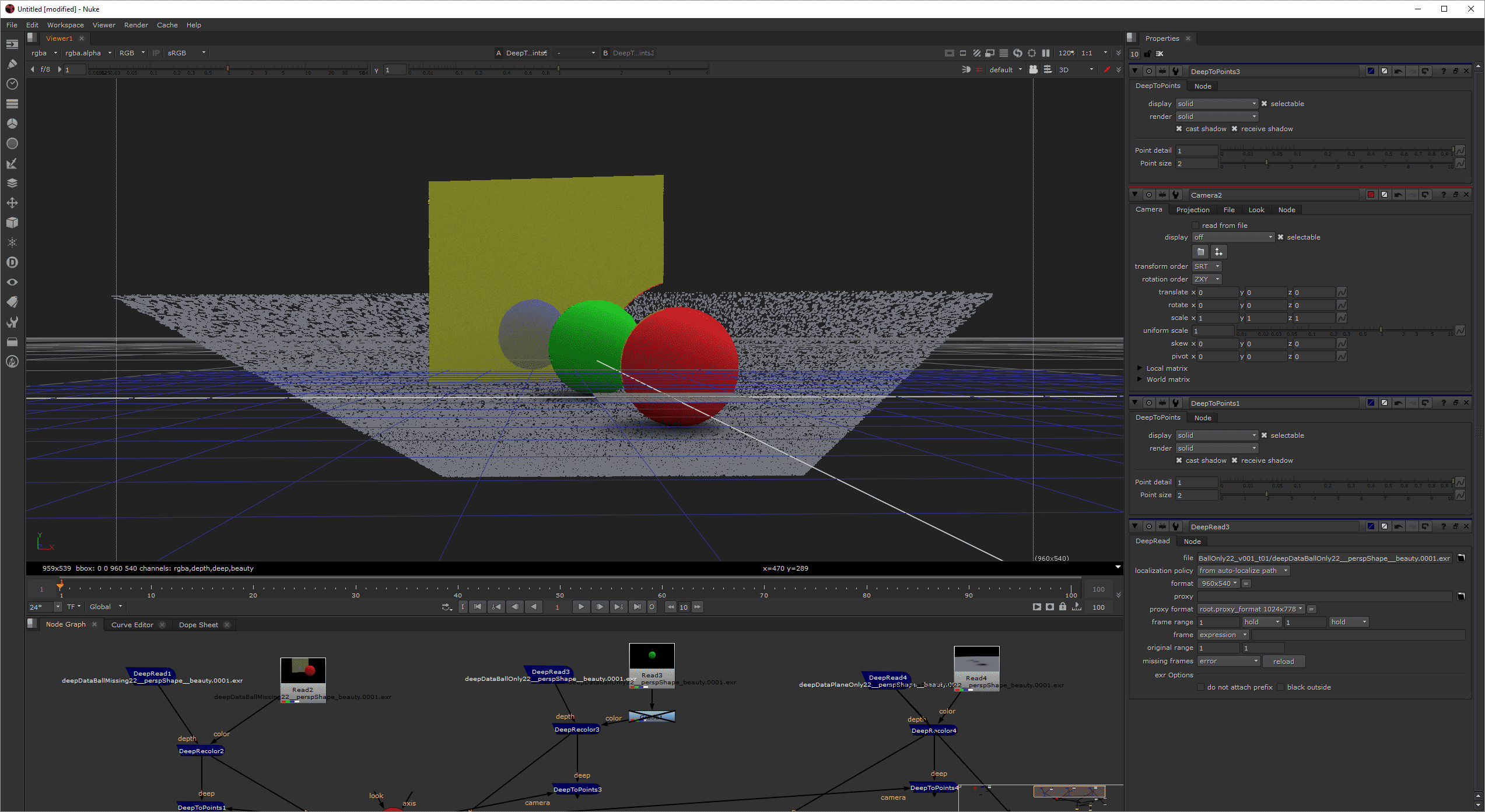 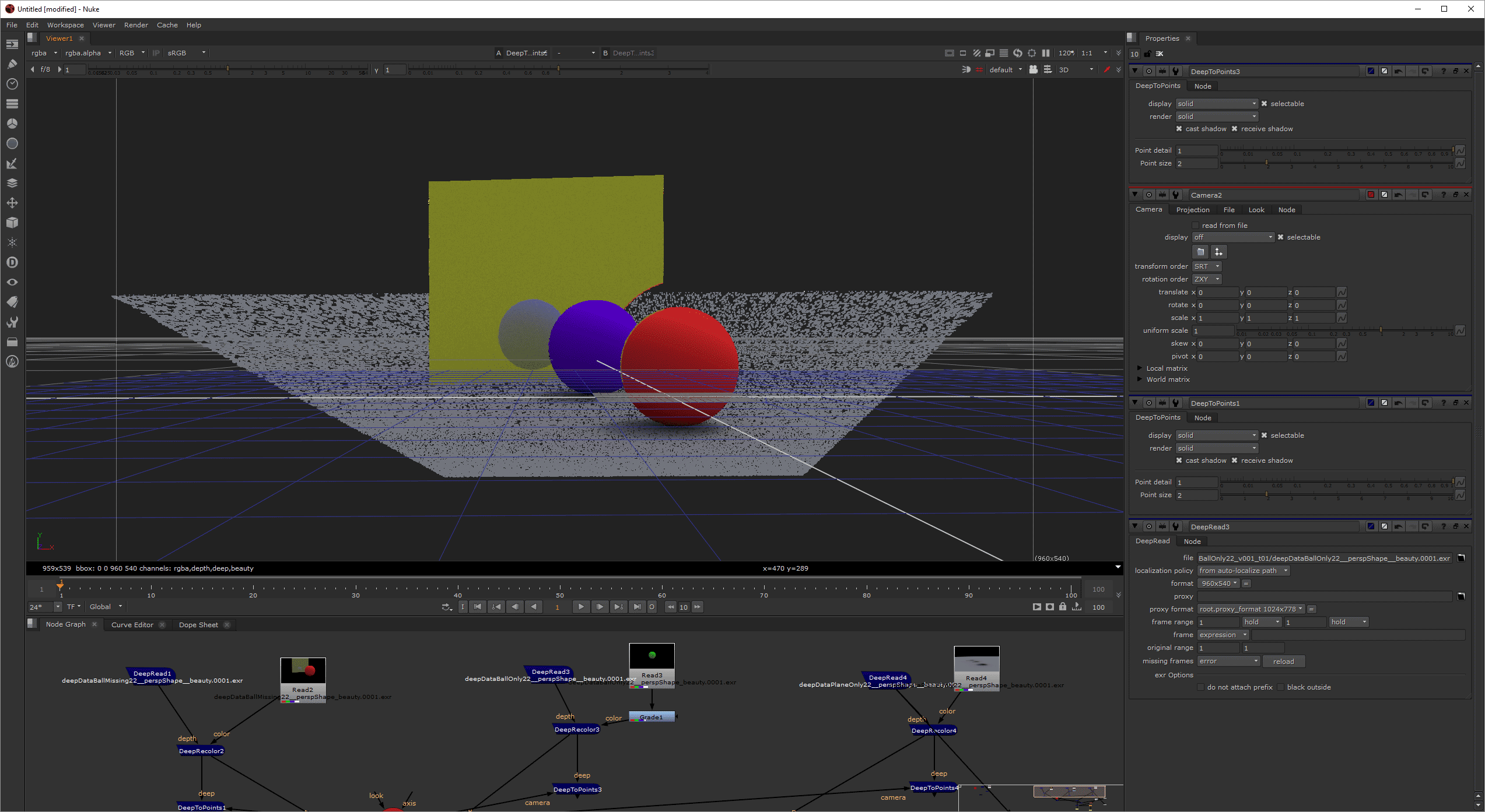 And below is a render with the color change and added depth of field using zdefocus in Nuke. 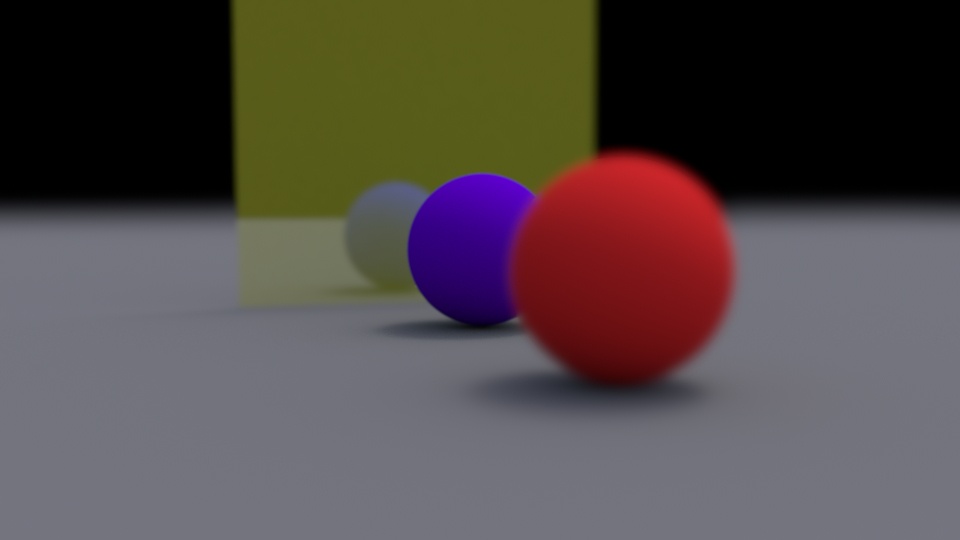