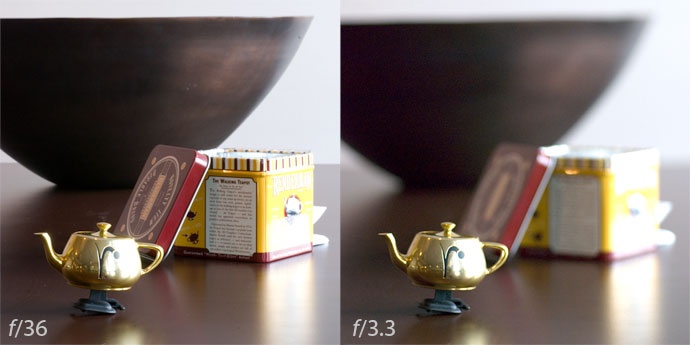 RenderMan's camera can use a specified fstop, focallength, and focaldistance to create the illusion of depth of field or realistic cinematographic effects. These values are specified in scene units. The focal distance is the distance through the center of projection to the plane of focus. The ratio of the focal length to the fstop determines the size of the lens aperture (and therefore the amount of blur), while the relation between the focal distance and the focal length determines the depth of field. The image below was rendered using camera settings of 1.0 for the fstop, 100for the focaldistance, and 1.3 for the focallength. 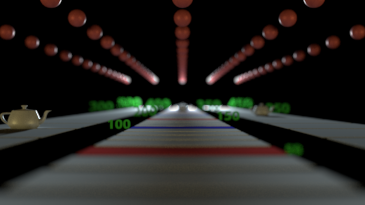