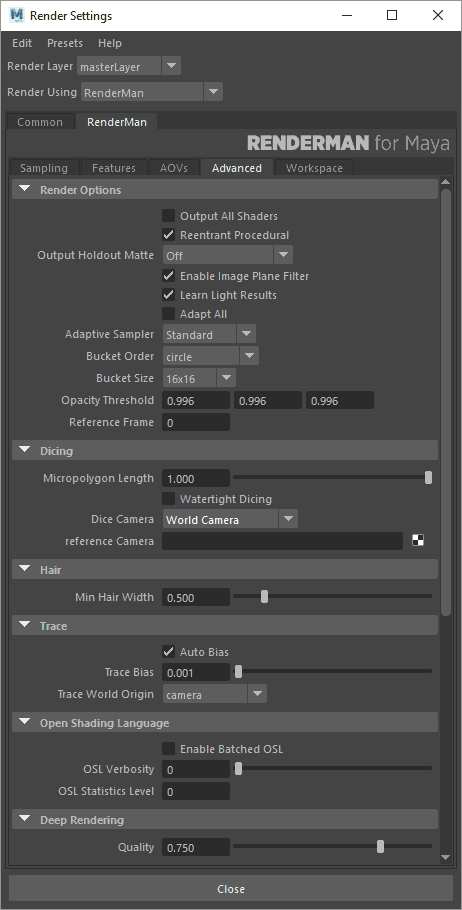 Output All Shader: Typically we export only material networks attached to objects, but if you're shading a procedural it may not be connected in a way that is exported. This option will export all networks regardless.

Adaptive Sampler: Make use of the improve sampling algorithms instead of the default. You may need to slightly increase your Pixel Variance setting to avoid longer render times (but better resulting quality on complex images) Your min samples should be set to 0 which has special meaning that the square root of the max samples is used. If you manually input a low value, it will terminate early.