Curves are specialized primitive which excel at rendering long, thin geometry such as hair, fur, or blades of grass.

Implicit surfaces are another type of specialized primitive, most often used when dealing with fluid simulations generated by a third-party package. They can also be used to render viscous fluids directly.

Volumes are used to render participating media with a heterogeneous density such as fog, smoke, or clouds.

Primitives are tessellated into micropolygons. The degree of tessellation is driven by the dice micropolygonlength .

This means that in order to get a similar tessellation level, using a shading rate value of X would translate in using a micropolygonlength value of sqrt(X):

Occasionally, if the geometry is very detailed and/or displaced, you may need to use smaller values of micropolygonlength. However, note that smaller micropolygons will result in larger memory consumption and slower render times.

You can find more about settings on geometry by looking at the Prototype Attributes or "PrimVars" offered by RenderMan.

RenderMan includes examples RIB files and shading plugins demonstrating its capabilities. These examples can be found in the PixarRenderMan-Examples-XX.X/scenes directory. 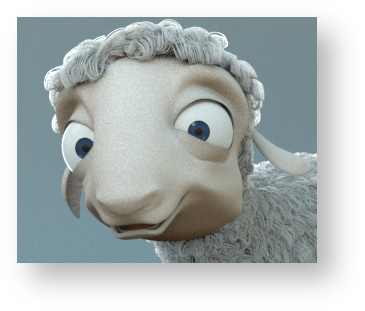