Typically the offset vector is along the surface normal as in this example:

This figure shows a small grid of surface points before and after displacement: 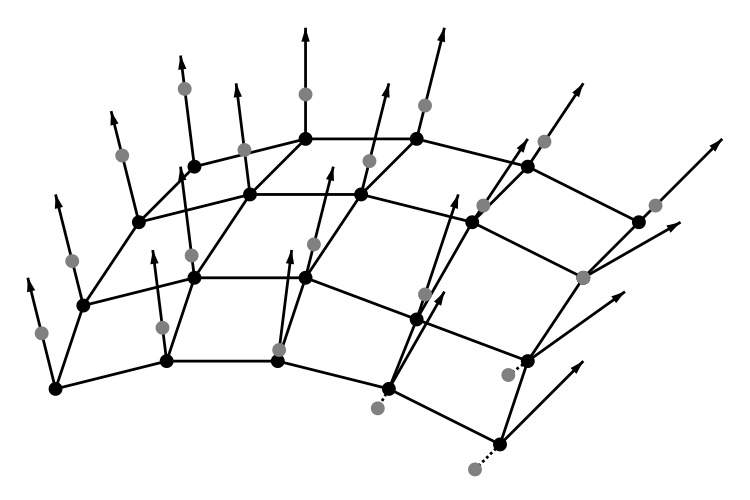 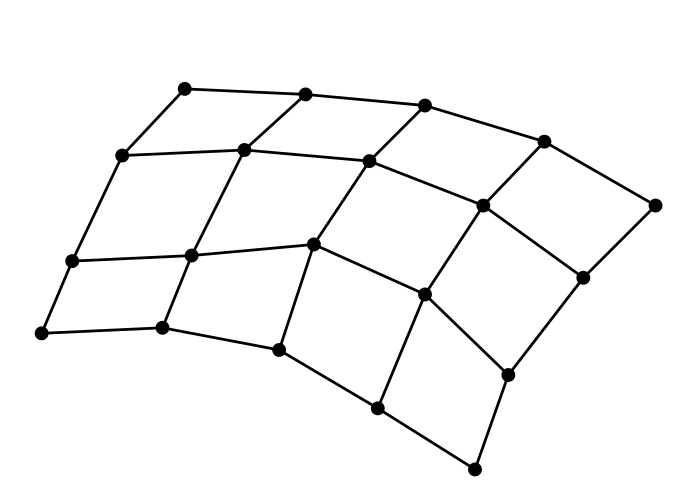 The surface positions and normals are in "current" space.  Usually it is convenient to transform them to object space, since it means that the displacements scale and rotate along with the object.  (In actuality, "current" space in displacement shaders is object space and the transform turns into an identity, but it is good form to generalize and future-proof any displacement shader you write and do the transformation to object space anyway.)  In the rare cases where displacements in world space are preferred, the amplitude simply needs to be scaled by the length of the normal transformed to world space.  (If the object is instantiated to more than one instanced object, then the world transform of the first instance is used.)

After the displacement has been done, any smooth analytical normals that the original surface may have had (for example a smooth subdivision surface or NURBS patch) are no longer valid – they do not correspond to the displaced surface.  However, each micropolygon has a geometric normal Ngn.  In addition, for some surface types, a smooth shading normal will be automatically computed for each ray hit – this is done by considering the orientation of not only the micropolygon that the ray hit, but also adjacent micropolygons.  For other surface types – most prominently displaced polygon meshes and displaced pretessellated subdivision surfaces – the shading normal is the same as the geometric normal, i.e. facetted.  (We plan to provide smooth shading normals also on these surface types in a future release.)

Here is an example of a fragment of a RIB file with a sphere being turned into a five-pointed star: 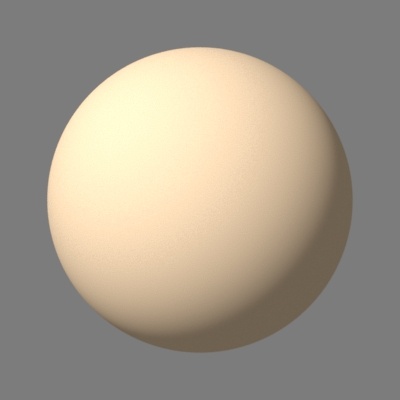 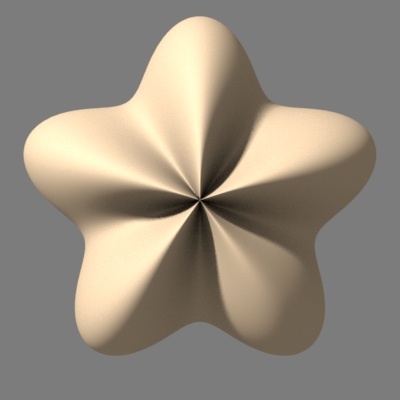 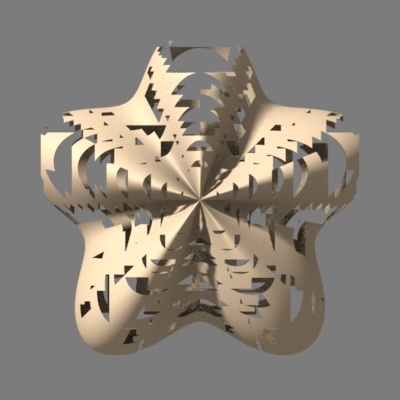 The seasoned RenderMan user will notice this is all very similar to how displacement was done in the classic RenderMan Shading Language (RSL) – see for example the "Advanced RenderMan" book by Apodaca and Gritz, section 8.2.  One notable difference is that the displacement calculations used to be in camera space, but in RenderMan 22 they are in object space.

For more details, please see the built-in PxrDisplace displacement shader implementation – it is a good example of how a displacement plug-in is structured.