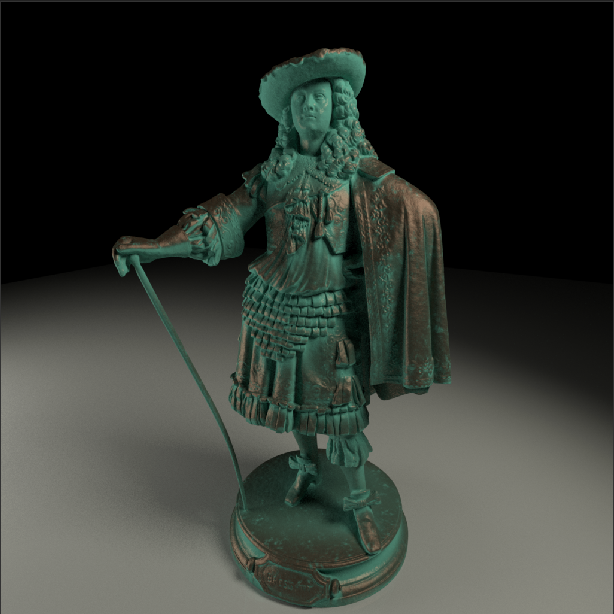 
Create a shading network and assign a PxrLayerSurface Bxdf to your object. This is the framework that will inform RenderMan which materials will be rendered for the assigned object (new nodes are colored with red): 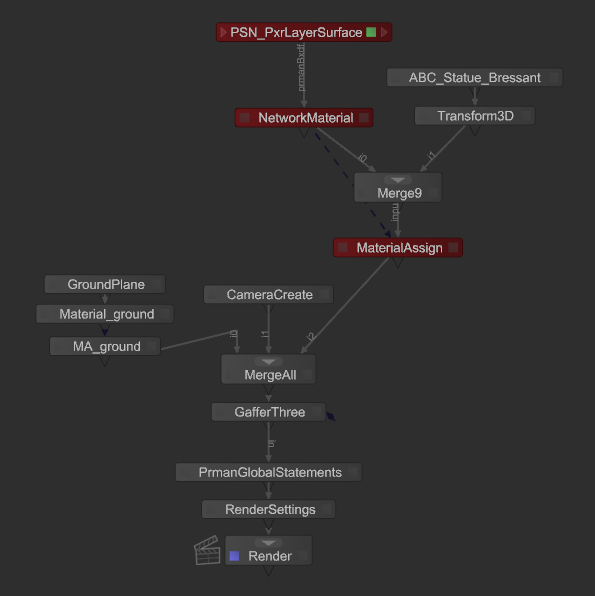 Create a  PxrLayerMixer and connect its out port to the inputMaterial port of the PxrLayerSurface.  This sets up the node where we will be connecting all the layers. Let's take a look at the default state of a PxrLayerMixer shading node: 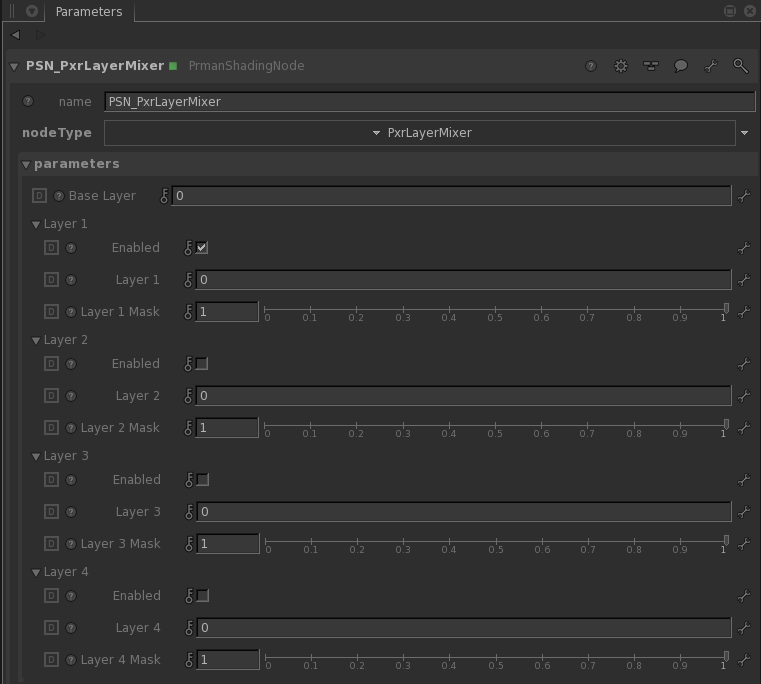 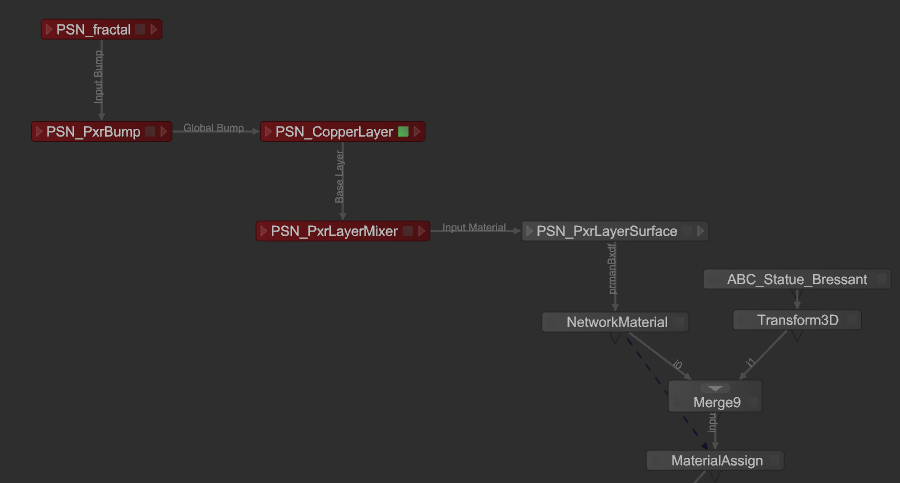 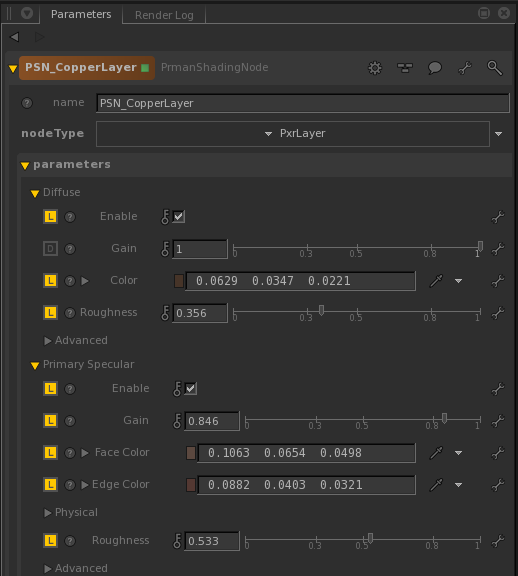 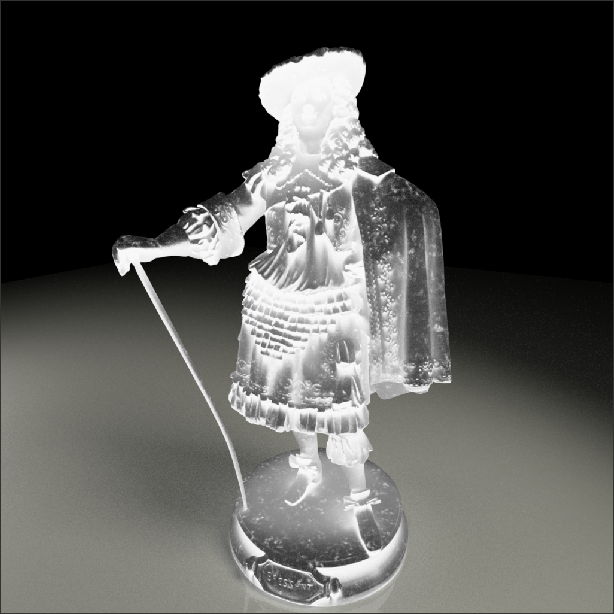